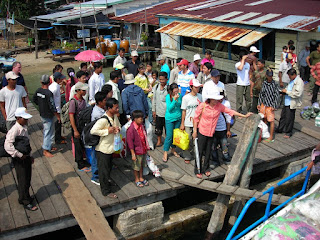 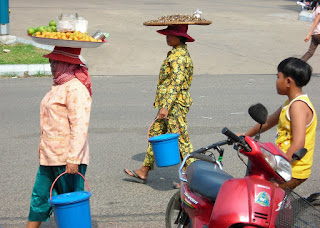 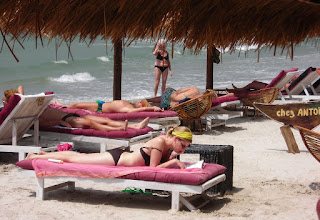 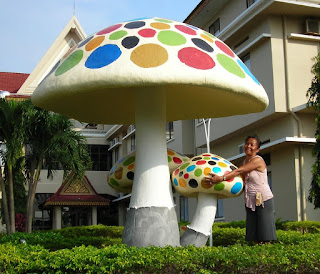 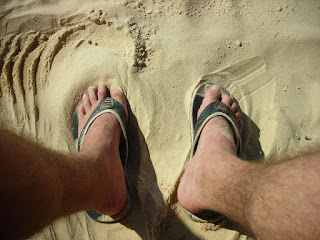 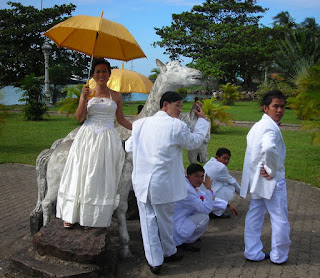 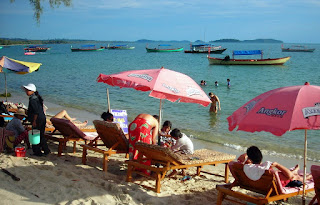 The city's been mostly torn down, and is in the process of being built back up.

But "They" are working on it.

However, in place of empty land, trees, grass, slums, small buildings, there are towers up to 35 floors, finished and not, taking their place.  Also, lots of construction debris.  Most building are empty for the moment.

The airport has been upgraded, (for maybe the 8th time), and there were maybe 20 flights a day coming into town.

It's either going to be a big booming beach resort casino city or a ghost town soon.

Posted by SihanoukVille at 9:28 AM No comments: 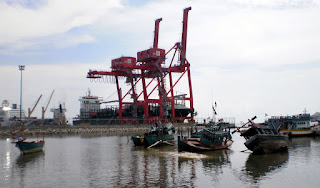 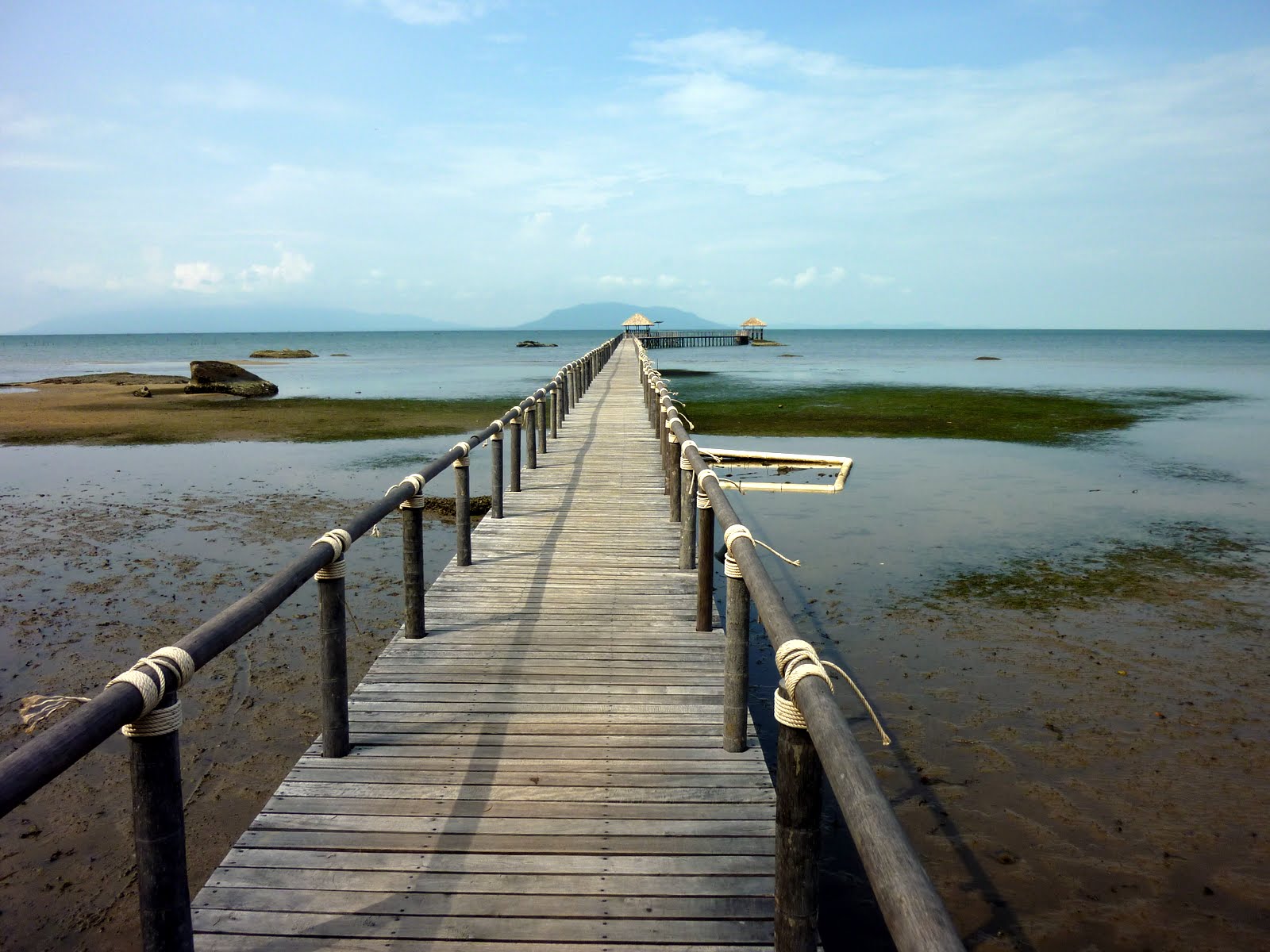 Several new factories in the 2 SEZ's (Special Economic Zones), especially the Route 4 zone.
Thanks to the Angkor Beer several million expansion (several million cans and bottles a day), we now have box and can factories (need a bottle factory too, please).

Agriculture, seafood (seaweed), and even and Absynthe distillery. 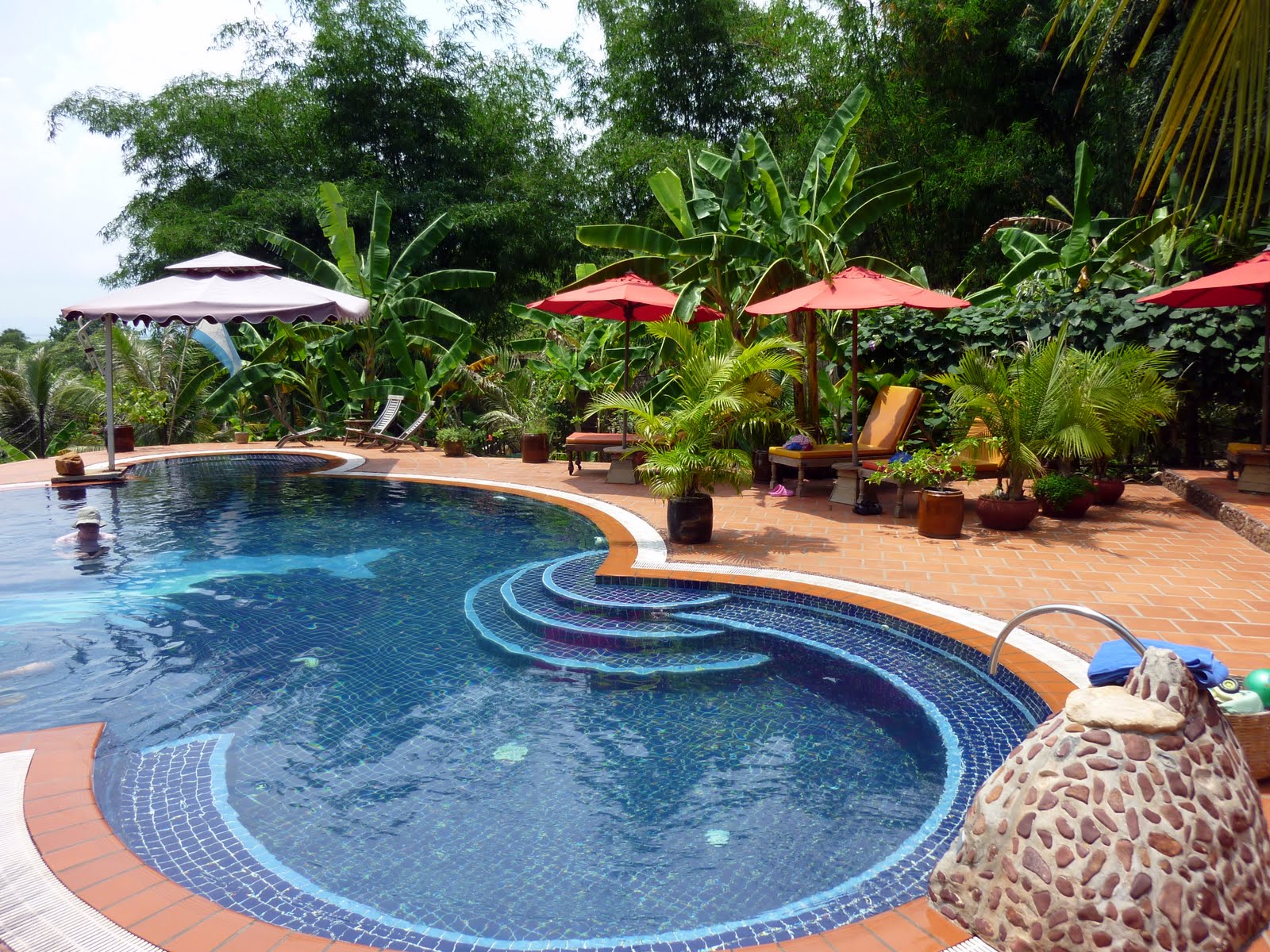 Island constuction and deep sea (shallow sea) oil drilling, we don't know about.  It's too far out.  But it's happening now.

Electricity is here, thank to the 2 new generating plants at Steung Hauv.

Housing and apartment developments popping up all over.

Water is good for the moment.

Road construction and repair every day (until the rainy season)

The SihanoukVille Port upgrades are finished, and may need more due to increased shipping.

Tourism is also growing here, on both the mainland and the islands, and the population, due to immigration from in and out of the county is growing.

What else do you need?